Lessons from how farmers view wealth creation as a holistic system

Although there is a tendency to treat the majority of African smallholder farmers as passive recipients of external information and knowledge, they are very good at learning from their experiences. In Zimbabwe, eMKambo has discovered that farming communities and individual farmers contribute to the national knowledge base more than they will ever know. They have perfected collaborative ways of discovering and synthesizing what is often hidden in plain sight. More than 80% of their knowledge comes from daily experiences, insights and intuitions which are then condensed into a complete world view. 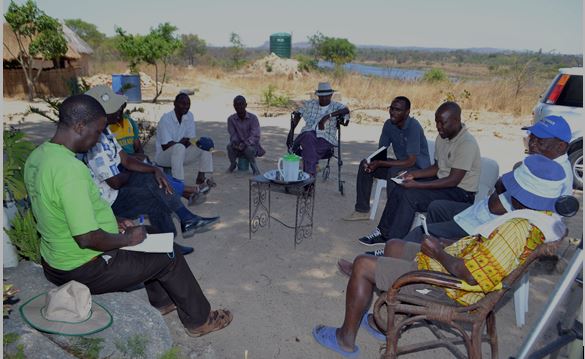 While most agricultural support programmes either focus on crops or livestock as separate models, the majority of African smallholders embrace mixed farming where crops co-exist with livestock. For example, following the loss of confidence in formal banking from 2008 to date in Zimbabwe, there has been a marked increase in mixed farming. Farmer who would have saved money in a bank have switched to livestock as a store of wealth. Rather than taking money to a bank after selling maize or horticultural commodities, farmers have opted to invest in livestock. That partly explains gluts in eggs, chicken and beef. In addition, as a response to climate change, many farmers are balancing their investments between field crops, livestock and horticulture.

Such holistic strategies by farmers have started to illuminate and inspire new ways of gathering and sharing knowledge. For many researchers and rural development specialists, farmers are reluctant practical and intellectual heroes. There is a strong signal that farmers and their communities have more lived knowledge than can be found in published literature. In discussions with eMKambo, many farmers expressed their disillusionment with the lack of respect for local knowledge that is at the centre of farming cultures they have admired for generations. Absence of reliable markets has seen their disillusionment becoming despair.

Eyes on the whole system

The majority of farmers’ eyes have remained open to the interlocking ecological, economic and social challenges they face every day.  As demonstrated by a strong faith in mixed farming than restrictive models, many farmers are convinced that socio-economic planning can only succeed if it is aligned with how nature works as a balanced ecosystem. According to the farmers, livestock cannot exist in isolation from crops or plants. While this may sound obvious, farmers lamented that many people including policy makers do not seem to see the practical benefits of balanced social, economic and ecological health.  “Innovators and entrepreneurs in developing countries are not sufficiently experimenting with practical ways to re-imagine new and balanced socio-economic approaches,” said one farmer.

From their agricultural practices, farmers are convinced that everything in the universe is organized into systems whose interlinked parts work together in a larger process and pattern. The interdependence between crops and livestock is not romantic or superficial but realistic. This interdependence is at the heart of a self-organizing, naturally self-maintaining and highly adaptive socio-economic systems that produce lasting value for everyone.

The power of a holistic view of agriculture

By taking into account how farmers take a holistic view of agriculture, researchers and policy makers can come up with a very practical, rigorous and common sense new picture of how the world works. By using livestock to store their wealth, farmers are sure that true wealth is not merely money in the bank. Wealth has to be defined and managed in terms of the well-being of the whole ecosystem made up of biodiversity and all forms of capital such as social, cultural and experiences.

Stories from farming communities can help in catalysing a new socio-economic paradigm. In an interdependent farming system such as mixed farming, farmers believe fitness comes from contributing to the health of the whole ecosystem. Instead of assuming economic efficiency and GDP growth can automatically lead to prosperity, farmers understand that long-term socio-economic vitality depends on creating conditions that unlock the vast potential for true wealth creation that lies dormant in every individual, community, business network and farming region. Instead of pursuing government regulation as the only realistic solution to markets when they run amok, policymakers should understand the importance of designing incentive-driven and self-regulating systems that embody the critical balance between innovation and constraints necessary for effective collaboration. Where policy makers may believe increasing efficiency and cutting costs are always good, farmers understand that resilience requires balancing numerous equally critical but competing resources.  Each farming community has divergent views but all these eventually converge. There is also as much emphasis on individual and collective needs.  While each farmer pays attention to personal needs, s/he also takes into account the interests others.