When data and evidence become currency

Most of the information disseminated to African smallholder farmers and rural marginalized entrepreneurs is barely enough for progressive decision making. In most cases where price information for a particular commodity is provided, critical details are missing and these include diverse sources of the commodity, levels of competition, demand cycles and the type of people who consume or use that commodity.  For instance, in Zimbabwe and other developing countries, the production and consumption of butternut squash (cucurbita moschata) is on the increase. However, due to the absence of data and evidence, reasons for this trend are often hidden from producers and policy makers.

Butternut squash belongs to the same family with the pumpkin, cucumber, gourd, watermelon and cantaloupe. These plants grow on a vine and are relatively easy to produce, especially in the right environment.  Production information is simple to find and standardize. What is often missing is the  picture for each commodity in terms of who is consuming the commodity, whether supply to the market is increasing or decreasing and reasons behind those dynamics. Data becomes currency when such details are generated and consolidated. eMKambo has made it its calling to align data with decisions. 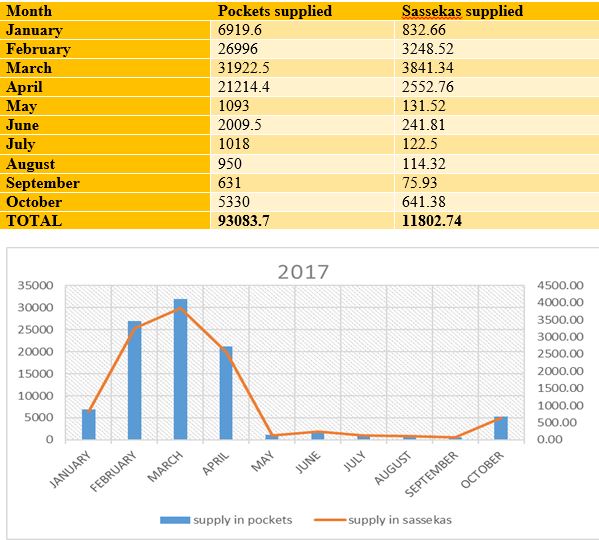 Major sources of the commodity

As shown in the chart below, Mutoko district was the biggest supplier of the butternut squash. The Harare figure is a combination of peri-urban production and volumes held by traders in Harare over a given period in which case Harare is presented as a supplier to the market. There are many cases where Harare traders buy squash butternut seed and other inputs which they extend to farmers. Such decisions are largely informed by data showing areas with potential for producing more and those that have reached their ceiling in terms of production capacity.  In the absence of such granular evidence, funding the production of butternut and other commodities is based on guess-work and wastes scarce resources. 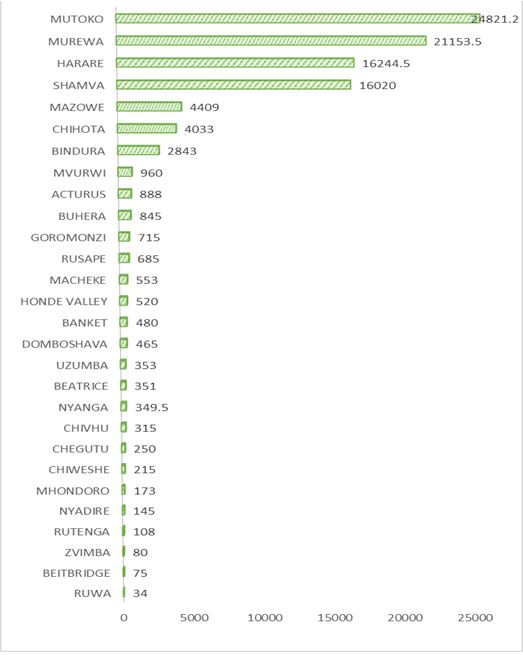 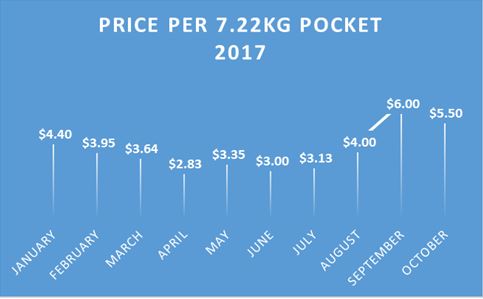 Butternut squash can be stored for a period of six months or longer and the taste is often superior when it is stored for a long period as compared to being consumed just after harvesting. Research and evidence gathered by eMKambo over the past five years has shown that the demand for butternut squash is high during the festive period. If you are producer or financier, it is important to know all these economic nuances associated with squash butternut before making an investment decision. This information can easily be compared with 2015 and 2016 in order to demonstrate trends.

The law of demand and supply states that all things being equal, when supply is low there is an increase in price and that when supply is high, there is a decrease in price. Evidence provided in the above graphics show that this law applied in 2017 except in April where both supply and price went down. In 2016 the same law applied in April, May, July and October only. Price was constant from January through to March where supply was fairly high. This demonstrates the extent to which, like all other markets, agricultural markets can be unpredictable. However, mastering other factors like consumer behavior, income levels and how food commodities compete and substitute each other can generate better insights.  Given the scarcity of resources, decisions have to be based on strong evidence.