Food demand and supply systems like informal markets can be powerful pathways for bringing science closer to local communities in developing countries. More than 70% of food consumed in African countries passes through informal markets. While food processing companies may have their own laboratories, there is no laboratory for food that gets to consumers through informal markets. This is an important food safety and regulation concern that farmers and ordinary consumers are waiting for educated scientists to solve.  Scientists should not wait for communities to demand such knowledge. 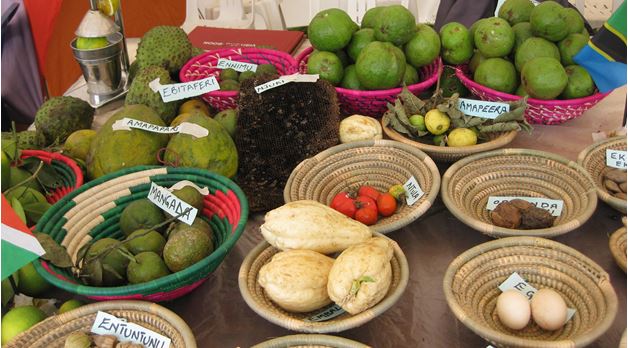 In Zimbabwe, for instance, informal markets like Mbare, Malaleni, Sakubva, Mucheke and Kudzanayi handle more than 50 different crops and food varieties from around the country every day. These pull together many value chain actors such as farmers, traders, processors, transporters and consumers. If each of these actors understands some level of science within agricultural commodities, it becomes easy to embed biotechnology and other brands of scientific knowledge along value chains.  There is no reason why simple laboratories cannot be set up at each informal market, enabling farmers, traders and other actors to bring samples of their commodities for testing and receive advice on how they can improve their products.

Just as cooling facilities and warehousing facilities are critical at agricultural markets, so is establishing  laboratories that can be part of market knowledge systems. This can simplify characterization of commodities and levels of knowledge in each market as an ecosystem.  Such insights can empower   extension officers so that they can advise farmers on appropriate use of chemicals, fertilizer and other inputs in ways that minimize pesticides residues and improve varieties for better storage, handling, tasting and shelf life via feedback from consumers.

Laboratories at agricultural markets can also support awareness raising and tasting of fruits and vegetables on chemical residues and related food safety issues.  Producers can also be empowered with appropriate knowledge on classifying commodities by grade from a scientific perspective. At the moment grading is not informed by science but based on observation and physical outlook.  Many local livestock breeds, grains, tubers, fruits and vegetables remain orphaned due to lack of science in agricultural market.

The western world has been able to embed science into its food like GMOs which are flowing into African countries. Yet African scientists have not been able to use biotechnology to understand and improve local foods for both the domestic and foreign market.  Doing so will not only unlock new sources of innovation but make African food competitive in the knowledge economy characterized by healthy conscious consumers.  In the absence of scientific knowledge, African communities continue to rely on indigenous knowledge systems and human senses like touch, smell, taste, feel and sight which are very subjective. African science cannot afford to remain abstract and not harness local practical intelligence.

Limited value addition due to lack of science

Traditional drying of vegetables and fruits has its own limits. You can only go so far with drying vegetables and fruits. Commodities that are being value added have come from the West with their embedded science, for instance, tomatoes, beans and some exotic fruits. African science cannot remain in classrooms, academics, research institutions and patents which do not solve local challenges.  It should inform production zones and speak to climate issues, especially micro-climates. When established at agricultural markets, a science laboratory can work daily with markets and become a key knowledge component for the agricultural markets.

The scale of knowledge fragmentation

The fragmentation of technological interventions which characterize most African economies has to be addressed urgently. It is clear that there are two technological worlds in African countries. One side comprise academics and researchers in their silos while the other side is made up of communities with their local indigenous knowledge.  People’s agricultural markets can offer better ways of integrating the two.  Within indigenous knowledge systems, technological inventions have traditionally evolved from oral communication, moving to experimentation and learning by doing, for example, producing and tasting food. This is still happening in many rural African communities. Once approved through social confirmation, the emerging knowledge is shared through relationships, networks, clans, tribes and the larger society.  That is how knowledge around seed systems and livestock breeds is still spreading today. As was the case in the past, some technological inventions are still being inspired by coping strategies, for instance communities coping with a drought or outbreak of livestock diseases.

In the academic world, most of the technology is still being imported. There is still over-reliance on western knowledge, with African scientists doing some bit of adaptation and improvement.  Experimentation takes place in classrooms or lecture theatres and then prototypes are produced, some leading to patents.  Technologies produced are usually not directed at benefiting communities.  Instead, if successful, the knowledge is patented and can only be used by other researchers to advance their learning towards achieving PhDs. Such knowledge does not have end-users or consumers whose feedback should ideally demonstrate which technologies are getting traction.

Where products from scientific research eventually reach communities, application is through written instructions such as labels on, for instance, how to apply a certain type of fertilizer or chemicals or how to assemble a certain piece of equipment. No explanation is provided on why the chemical, fertilizer or new piece of machinery will provide a superior remedy to what already exists in the community.  Farmers are left with unanswered questions on the difference between manure from their cattle and inorganic fertilizer being promoted.  They also continue to wonder why science is not helping them improve cattle manure to a level where it matches imported inorganic fertilizers.

With regard to food science, nutrition and issues like tissue culture, African farmers continue to depend on what they know. Science is completely absent in good agricultural practices and farming as a business training to which many farmers are subjected by extension departments and development organizations. These interventions focus on production, harvesting, storage and record keeping but do not go an extra scientific mile to focus on soil science, food science, tissue culture and artificial insemination. The promotion of cassava, small grains and indigenous livestock does not consider science-based merits of these commodities but consider external issues like resilience to climate variability. Instead of considering climate issues like prevalence of dry areas and low rainfall, it is important for science to be used in articulating scientific benefits of cassava, sweet potatoes, indigenous livestock and other commodities.

An important starting point for science like biotechnology should be commodities and practices that already exist in communities. Where farmers have mastered farming as a business, the quality of their commodities remains sub-standard due to lack of science. Their commodities are uncompetitive on the export market due to aflatoxins, chemical residues and many other impurities that cannot be identified by a naked eye.  A majority of farming communities do not have simple modern scientific technologies for pre-testing the quality of commodities before going to the market. The domestic market is too small for the production capacity of most African farmers. If African countries are to be serious participants on the export market, mastering food science beyond just describing carbohydrates, proteins, fats and vitamins is fundamental. If African scientists remain in their silos, people will continue associating technology with ICTs yet s lot of technologies with potential to improve lives should come from science.