How the knowledge economy is inspiring new roles and responsibilities

Developing countries that remain stuck in colonial governance structures and forms of business are sleeping-walking into all kinds of crises. Some of the colonial forms of business still being practiced in most African countries include sole trader (traditional enterprises), companies, cooperatives and partnerships which function through mutual agreement to pool resources and skills together for mutual benefit. 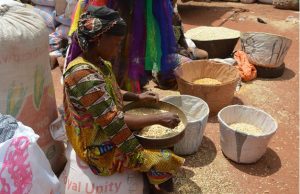 While all the above are profit-oriented organizations, on the other side are non-profit entities like NGOs and government departments like parastatals. Some parastatals have more of a national security function than profit motive, especially those responsible for electricity, water, food security and public transport like railway systems.  Borrowing from colonial times, parastatals have traditionally been set up to provide affordable services to the majority who would otherwise be unable to access services like electricity if such services were fully commercialized. Services like water, public transport and national food security are necessities which have to be affordable to the majority.

Where parastatals like Zimbabwe’s Agricultural and Rural Development Authority (ARDA) earn profit, the main idea is to indicate that government services are not entirely free so that the majority do not become too dependent on government when they could fend for themselves. However, government safety nets have traditionally come in to cater for genuine social welfare cases.

In the new knowledge economy, the above institutional arrangements and enterprises have to be revisited so that they become relevant to the context of high unemployment among youth and women, for instance. Many smallholder farmers and SMEs are striving to join the mainstream economy. While some of these bottom of the pyramid actors are in the process of commercializing, they have distinct characteristics such as lack of access to information and knowledge necessary for development.  Who is going to generate and share vital knowledge with these actors so that they are able to start and run their businesses profitably?

The government and parastatals cannot do so because they are more of administrators whose main roles include providing a conducive operating environment. For instance, the role of extension officers is to teach farmers to produce. They are not business people or business experts. Many government departments are not profit-oriented but get 100% support from the fiscus. They are motivated by budget allocations as opposed to profitability and market share. On the other hand, although parastatals may have some levels of commercialization, their mandate is providing key national services like water, energy and ensuring food security, for example the Grain Marketing Board. Parastatals are profit-oriented to some extent but they are subsidized by financial injection from the government.

The private sector does its own private things and purely for profit. NGOs and international development agencies focus on vulnerable households mainly to boost social capital. For instance, most international organizations and NGOs are not profit-oriented but have 100% access to free funds from donors. In most rural districts, NGOs select wards that have more vulnerable households and try to work with a specific number like 100 000 households for three to five years. However, there is no organization focusing on wards that have economic potential so that they anchor local socio-economic development.

Given the way information and knowledge tends to be siloed within different actors and institutions, as mentioned above, there is definite need for a knowledge broker who can generate and share knowledge that will uplift  people at the bottom of the pyramid onto commercial pathways up to the private sector. This role can be fulfilled by a social entrepreneur, who is currently missing in many countries. As a knowledge broker, the social entrepreneur will not only lift marginalized people out of the weeds and show them their future but, will also provide services that are subsidized with profit-orientation at the end.

Information and knowledge support services from the social entrepreneur will target groups at different levels of commercialization so that they get into the mainstream economy. Most smallholder farmers and others at the bottom of the pyramid will not be able to pay for critical knowledge on their own. Support from the social entrepreneur will not be permanent but will be stopped when a significant portion of those targeted are able to do meet their information and knowledge needs sustainably.

As a knowledge broker, the social entrepreneur can see critical information and opportunities on both social and economic sides. As a result, the social entrepreneur will focus on integrating marginalized actors into  economic pathways while parastatals provide subsidized national services. Many smallholder farmers and traders in Africa are tearing themselves away from working with private companies that do not provide social services.

Development organizations and governments should identify and support social enterprises to avoid looking around for aid each time there is a challenge and promoting dependency.  Banks should also be keen to work with social entrepreneurs because that is how they can create a new bankable clientele base. In countries like Zimbabwe, more than 70% of potential bank clients are now in the SME sector, 40% of whom have been spat out by company closures and no longer have pay slips. Twenty percent (20%) of SMEs comprise the young generation who have never opened a bank account but started business with mobile money.

Another group comprises smallholder farmers most of whom have never opened a bank account although some could have had post office savings accounts which closed a long time ago.  All these are getting their money in cash through the informal market.  For Zimbabwe, there is also another cluster comprising A1 and A2 farmers who got onto the land more than a decade ago but have never been able to access  finance from banks due to the contested land issue. Many A2 farmers are also struggling to make 99 year leases bankable.  All commodities produced by these farmers over the past years are not linked to banks.  In addition, more than 95% of SMEs have been discouraged from formalizing by prohibitive company registrations.

Information and knowledge critical for entrepreneurship remains locked in institutions which cannot guarantee they will benefit from releasing their knowledge to clients. This is where the social entrepreneur becomes fundamental in brokering knowledge and skills from SMEs who are not working with banks and do not yet see the benefit of sharing their information with banks. When SMEs do not work with banks, they do not see the need to let the bank know their sales records.

When government supports parastatals and government departments such a budget is not converted into profit but is just spending. The same applies with NGOs which spend money and ask for more resources through budgets. Unfortunately, there is no pathway for extending free funds to the private player who is pursuing a profit motive but has to be cushioned in order to continue serving the under-privileged farmers.  This gap means there is no incentive for a private player to work in private-public partnership models. As a result, private players in developing countries continue to struggle on their own, government departments continue doing their thing, the same applies to parastatals and development organizations. Development organizations only come to the private player when commodities that they supported  farmers to produce are now looking for a market. Ironically, the private player is expected to come and buy these commodities, some of questionable quality, using his/her own money and transport irrespective of cost-benefit-analysis.