How and why transacting is a small part of market linkages

Reducing market linkages to transactions is one of the major reasons why efforts to integrate smallholder farmers into value chains have failed to transform agriculture in developing countries. While the notion of market linkages is mostly associated with three to five year projects by development agencies, there is a new realization that linking farmers to the market is more than training farmers to understand buyer expectations like measurements, grades, quality, pricing and payment terms.  Neither is it only about facilitating direct contacts between farmers and buyers, which they can do on their own anyway. 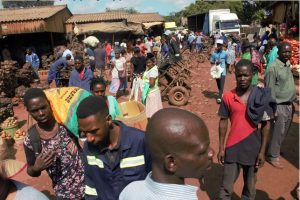 Markets are more about knowledge and intangible benefits that cannot be reduced transactions. In most cases, farmers who produce surplus are fully aware of the existence of formal buyers who purchase grain, livestock and horticulture, among other commodities. They do not need anyone to introduce them to buyers they already know. Buyers also know farmers who produce different commodities. In cases where buyers need to buy commodities in huge volumes, they should invest in aggregating commodities through their marketing or procurement departments instead of waiting for development agencies to aggregate commodities for them, a practice that  make private companies unintended beneficiaries of donor support at the expense of creative entrepreneurship. Where this happens, linkages between farmers and private sector buyers are not sustainable but end with the phasing out of development projects.

Markets are more than commerce

Due to limitations explained above, informal markets fill gaps that are left by so-called formal marketing systems that, ironically, are receiving most of the resources from financial institutions and development agencies yet they handle less than 30% of the food produced in each developing country. By forcing farmers to be part of formal value chains, development agencies and policy makers ignore the fact that the majority of farmers’ needs are far more immediate, which is why they are compelled to sell even when there are gluts. Pushing farmers into a few selection of value chains overlooks the unique characteristics of different farmers, food producers and traders. Unknown to many development agencies is that markets are not just about commerce but include intricate issues surrounding food security, dignity, power to control one’s destiny, self-determination and poverty alleviation.

When they ignore some of these issues, interventions that claim to link farmers to the market perpetuate dependency.  Every maize farmer knows the national institution that buys maize grain. If that institution has good relationships with farmers, maize would not be traded in the streets or informal markets. If national institutions that buy livestock for slaughter were good for smallholder farmers, there would not be any proliferation of private abattoirs and street markets where fresh meat is sold in many African cities. If processing companies fully satisfied the needs of diverse producers, long queues of trucks supplying potatoes, tomatoes, oranges and other fresh commodities into large African informal markets like Mbare in Harare, Soweto in Lusaka and Mitundu market in Lilongwe would be seen lining up at processing companies.

If modern commerce is to be responsive to the needs of smallholder farmers and low-income consumers, it should acknowledge that transactions are a tiny part of agricultural markets. In most cases, technical issues on the production side often spill into markets. That is why market-oriented production becomes critical beyond just identifying potential buyers and niche markets.  Feedback from diverse buyers often inform farmers about other commodities they may not have known but can be produced profitably for the market instead of continuing to be trapped in traditional value chains.

To the extent they recognize the heterogeneity of farmers, open markets expose different classes of farmers to diverse opportunities. It is through open markets that some farmers and value chain actors can realize that a huge part of their annual income may be coming from non-agricultural activities but other adjacent value chains like retailing consumer packaged goods during times like winter when the production of field crops is dormant.

Also visible through participation in markets is the extent to which absence of appropriate technology continues to hamper production of small grains in developing countries trying to cope with climate change by switching to small grains that are considered more resilient.  Through the market, farmers begin to realize that they cannot sell finger millet in its raw state to urban consumers who do not have technology for processing and adding value to it before use or consumption. The open market also reveals the importance of empowering communities so that they can aggregate their commodities at local level instead of shipping all raw commodities to cities and buying back finished products.

Beyond transactions, market linkages are all of the above including providing pathways for youths to move in and out of agriculture into community-based manufacturing as well as combining agriculture with non-farming activities in which they are talented.  Many young farmers have more diverse skills than can be fully absorbed in agriculture. Farmers who earn a large portion of their income outside agriculture may not be in a hurry to sell commodities that they could be holding as a source of resilience.  They may receive market linkage information which they may use to decide not to sell directly to buyers but use their relatives living in cities to test the market first and release commodities as demand firms up. Besides weighing the merits and demerits of different markets, such farmers can interact with local, regional and globalized markets as part of diversifying income sources.