The flip side of participatory methodologies

While the importance of involving communities in solving their own challenges has been supported for decades, the limitations of participatory methodologies have not received enough attention. Usually participatory methods emphasize the participation of individual people as opposed to communities. Unfortunately, many people may have limited capacity to interpret information and knowledge. It is also sometimes difficult for participants to balance their individual expectations with the expectations of a community in which they are members. 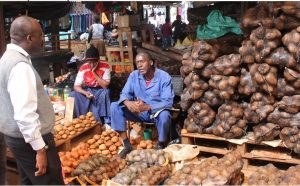 Limitations of sampling and the role of exposure

Participatory methodologies are often associated with sampling, with participants sampled from a community, for instance. Where sampled participants constitute 20% of the population in a community, the knowledge to be harvested will also be in that range, meaning that 80% of the knowledge will be excluded. In addition, the extent to which participants are exposed to the outside world influences the quality of their contributions in participatory activities. For instance, where an agricultural extension officer is a key informant on agricultural value chains, the quality of his or her knowledge depends on exposure to issues along entire value chains from farm to factory to fork or from the soil to the plate. In some cases, the extension officer may not have stayed long enough in a particular community to be able to provide detailed historical experiences of the agricultural community.

The influence of unexpressed expectations

Individual participants in focus group discussions or survey often hide unexpressed expectations which influence their responses. If they think they will get some aid or support they will tailor their responses in ways that portray a struggling community in need of external support. Conversely, if they suspect that their knowledge and information will be used to build best practices to be shared with other communities and the outside world, they will provide optimistic and positive ideas and knowledge systems showing a resilient and progressive community full of amazing coping strategies.

Participatory methodologies on gender should take into account broader macro issues like the economy, culture and other major factors that affect gender relations. This is because gender issues are influenced by a lot of national benchmarks and contextual factors like culture, religion, economic performance, social class as well as the preferences of the old and young generation. Young couples may have different preferences to old couples.  Once you use sampling and participatory methods the process becomes self-centred and driven by personal experiences that cannot be replicated everywhere. That is why gender-based violence cannot be generalized but has to be contextualized.

Whoever does community contextual research should be a knowledge broker with a broader knowledge base and understanding of issues that individuals. That will avoid taking incidents to be the norm.  Where women are brought together to discuss how a male-dominated society is bad, they will pour out as much as possible how men are bad and not speak loudly about how women sometimes perpetuate negative outcomes. If it is about HIV and AIDS, the conversation will always find someone to blame, for instance sex workers. In addition, participants try to anticipate and provide the answers that they think whoever is conducting a survey wants to hear.

A community’s situation can have a big influence on outcomes from participatory methodologies. That is why timing is very important. For instance if you do a survey in a community that is still grieving from a cyclone, responses will be contaminated by fresh memories of the recent disaster. Depending on context, participatory methodologies may also have a limited sense of openness as some information can be censored. There are things women will not say in public or in the presence of their husbands or in the presence of an extension officer or a leader.  Yet such missing details are the ones that make a difference.

Participatory methodologies should look at the bigger picture

For instance, what are the drivers of gender-based violence at macro level?  It could be due to economic hardships which are a macro issue.  To what extent do communities understand issues that are causing their problems?  Break down in social fabrics with people moving to the diaspora in search of employment could partly explain some of the causes, leading to a clash between individuals’ biological and economic needs. Participatory methodologies have to be backed by local knowledge already existing in the community – tapping into existing knowledge and information sharing systems. That is why research requires a comparative analysis between a community and other areas where knowledge exists. In most cases 20 members participating in a focus group discussion from one community can give you information that can easily be provided by one participant from the same community. This is because they have similar characteristics within a community that has been honing and sharing information and knowledge over years.  There is need to compare with other communities in order to see the differences.

The power of a longitudinal framework

In a changing climate, participatory methodologies should not be once-off events but should have a longitudinal framework that keeps track of changes as they happen. A theory of change should be immersed in background if it is to answer questions like: To what extent has informal markets changed the livelihoods of smallholder farmers and the agricultural landscape?  Such a question cannot be answered without historical data and contextual analysis. Informal markets and production zones are different and cannot be impacted by climate change the same way.

A contextual comparative analysis methodology can position potential agricultural Communities of Practice (CoPs) within a broader scope of thematic areas. Communities should have a say on where participatory methodologies are coming from. To what extent have money as a store of wealth contributed to gender-based violence?  A local NGO may not know the impact of economic issues like cross-border trade which are sources of some of the bandwagon effect that is influencing women, with some wanting to dress in a certain way. Identity is often messed up in ways that influences community of practices to change shape especially if cultures are infiltrated.

When dealing with rural communities there is need for a comparative analysis that looks at what informs your sampling. The participatory notion should not just focus on individual people.  For agro-based economies, communities or districts should be selected as participants not individuals. That leads to the selection of agro-economic drivers, making it easier to compare and contrast situations.  Normally where vulnerable households are selected to be participants you are just authenticating individual views. It is like setting and agenda and faster way of validating what is already known.