Recognizing the role of feminine traits in local economies

Another way of increasing the relevance of International Women’s Day which is celebrated on the 8th of March every year is to notice and reflect on how female traits and values play out at grassroots level. If it wasn’t for the presence of feminine traits like empathy, humility, intuition, flexibility, inclusiveness, generosity, balance and patience, most societies, farming communities and markets would be history. 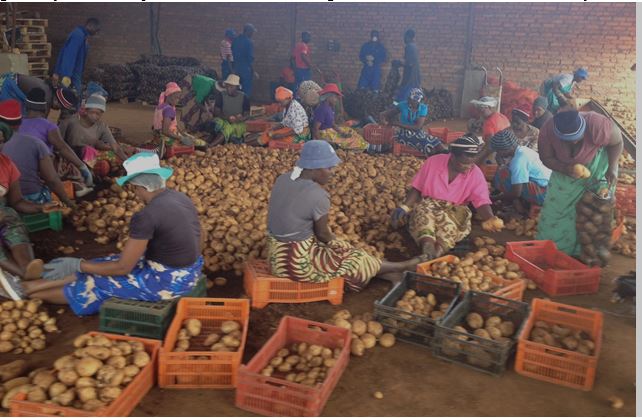 To the extent they do not have empathy, patience, flexibility and other feminine traits, financial institutions and some formal organizations in developing countries are struggling to continue existing. It is now clear that feminine traits and values are a new source of innovation and competitive advantage. Progressive economies are moving away from command and control to embrace feminine values that prioritize connection and nurturing.

The power of interdependence

In many African communities and local markets, some men are often said to behave like women and some women are also said to behave like men. According to most African cultures, there is a woman in every man just as there is also a man in every woman. An aunt is a husband to her brother’s wife while an uncle can have features exactly like his sister’s children. This shows how traits are embedded in people and their cultures in ways that contribute to social resilience.  Once International Women’s Day recognizes some of these silent aspects, it will have broadened its meaning and stop being about gender which is being largely confused with an obsession with women’s issues at the expense of men.

Combining positive male and female traits, the way many African traditions have done for generations can result in resilient economies and societies. While values are becoming more important than profit-maximization, masculine traits like decisiveness and confidence are no longer enough in promoting physical, emotional and social well-being. African informal markets are demonstrating the power of combining male and female traits, leading to interdependence and sustainability. For instance, the prevailing socio-economic environment is forcing agricultural value chain actors to co-create commodities and services with customers and work with competitors in order to leverage entire ecosystems. Interdependence and a quest for sustainability are largely female traits. While initially sustainability was associated with the preservation of natural resources and the environment, informal markets and smallholder farmers have shown how it can be expanded to include giving back to communities.

Evidence gathered by eMKambo over the past six years shows that ICTs like mobile phones and platforms such as Twitter and all kinds of mobile applications have an unconscious bias towards masculinity and patriarchy. The majority of feminine values and traits cannot be fully expressed through these technologies. Most feminine traits can be expressed orally and through images. Grassroots women would rather demonstrate their knowledge through weaving baskets that can be used for carrying fruits and vegetables than creating a twitter account.  They would rather prepare a nutrition basket than focus on one commercial crop.  As a combination of diverse crops and foods, a nutrition basket expresses more empathy, flexibility and intuition than a single commodity like tobacco whose main thrust is income, profit and foreign currency.

Depending on how they are used, digital platforms can both enable and hinder a diversity of opinion, especially from women. Besides reinforcing male-dominated organizational silos, digital technology seems to encourage a male style. For instance, a mobile phone or a tweet strips emotion from communication, creating an impersonal global marketplace where people are compelled to work in isolation. An individual has to have a skype identity, mobile number and twitter handle which lack a collective resonance.  Yet, women are naturally wired to make better decisions because they naturally act in the best interest of the community. Women are able to step outside their own frames of reference to understand what their peers and customers truly want and need. That is how they end up nurturing new customers in how to prepare different kinds of foods. All this knowledge cannot be fully shared through existing technologies. When women stories are documented digitally, their conversational value diminishes because documentation captures a small percentage of what is actually happening.

However, one of the benefits of digital technology is that women’s issues and pain points can no longer be ignored. How can African communities benefit more from using technology to build a future with strong feminine values and female leaders whose interest is not usurping men but working together to build on men’s general decisiveness and resilience. As demonstrated through their oral communication and knowledge sharing, some of the critical leadership skills inherent in women include listening, observation, intuition, caring, patience, long-term thinking and community orientation.  In order to develop the necessary emergent practices for dealing with complex issues like climate change and poverty, both male and female traits should come together into meaningful conversations. Gender bias should not be allowed to continue preventing fluid knowledge exchange.