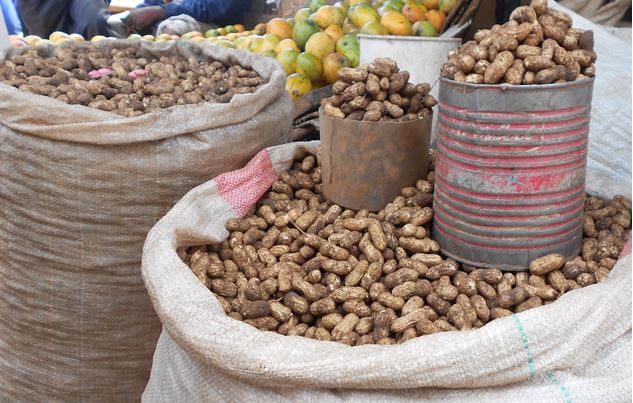 This knowledge is associated with commodities like beef, eggs, maize, groundnuts and small grains, among others whose characteristics do not change fast. Once you have acquired knowledge on beef or maize production, that knowledge stays with you for a long time without drastic change. These commodities also tend to have fewer, manageable varieties and breeds. Their behavior in the market does not change suddenly. For instance, consumer tastes for maize meal and beef have stayed the same for decades in many African countries where maize and beef are considered staples.

It seems there are barriers to exiting the consumption of these consumption just as barriers to entry could be prevalent. People who grew up eating Sadza/pap or Ugali do not just stop consuming it. Starting to eat small grains when they have not been your staple can also be challenge, especially to young urban consumers. As a result getting out of regular staples and moving into new food systems is a slow knowledge system. You do not just start eating finger millet but you will take some time to develop some taste. Production knowledge for these commodities also stays the same for a while. There are no 10 different ways of growing maize or keeping beef cattle.

On the contrary, horticulture is about fast knowledge. Most horticultural commodities are characterized by frequent change of tastes among diverse consumers. There are also wide varieties of vegetables and fruits whose tastes also vary significantly. Potatoes, for instance, have several varieties -not to mention tomatoes. Consumer preferences also vary remarkably.  Some consumers prefer large potatoes for chips, some prefer potatoes from red soils while others want small sizes for different reasons. Commodities like onion, tomatoes, potatoes and cabbages all have a wide range of varieties. Variety, quality, taste and ripening stage, all influence the speed of knowledge acquisition. This forces producers to embrace fast ways of seeking and absorbing knowledge in order to satisfy market needs on time. Perishable knowledge is also a key feature of these commodities. Prices are highly perishable and what you knew yesterday may not be relevant today.

Staying up to date with fast knowledge

Fast, perishable knowledge calls for systems that can gather and track information in real time. That is why a coordinated system from planting to the market is very important. Without such a system, production knowledge will always lag behind the market.  Unfortunately, most African countries seem to have a skewed knowledge generation system, biased mainly towards production. The agricultural production side tends to have more actors than other parts of the value chain such as logistics, marketing and value addition. Since it is often not clear who is responsible for collecting and sharing information and knowledge along the entire value chain, privatization of information and knowledge is common particularly on the market side.

While traders are usually blamed and labelled middlemen, farmers who already have relationships with traders are satisfied and do not complain. As an institution, each informal market has found ways of consolidating its knowledge and relationships between producers, traders and consumers. Farmers and other actors who complain about middlemen have not invested in building relationships with the market. Fast-moving informal markets do not want to work with people who do not consistently supply commodities.  The market has its own plans. By showing up randomly, farmers bring unsolicited commodities which they try to foist onto the market. Traders end up taking what they had not planned to take because farmers will be desperately in need of money to go back home. This scenario reduces farmers’ negotiating power compared to farmers who will have cultivated a relationship with the market.

The multiplier effect of revenue circulation in informal markets

A significant feature of informal markets is that revenue has enormous multiplier effects due to the speed at which money exchanges hands. Where a supermarket would sell commodities and keep money in the safe for a week, a dollar can exchange hands among 500 people a day in informal markets, purchasing commodities $500 per day. A dollar that will have been locked in a safe will not generate such value. Since Gross Domestic Product (GDP) is based on the multiplier effect of money in circulation, the informal market can be said to be the biggest contributor to GDP than organizations that tie down money in ways that make it impossible to circulate. The economy is about money exchanging hands. If everyone constrains money from circulating there is no economy to talk about.

While formalization is being touted as a solution, it introduces bureaucratic systems that slow down the movement of money. Systems are usually associated with mistrust. The informal market has built its own trust-based system, which is why it is always moving fast.  Formal systems like banking are handicapped by excessive systems because they are run on the basis of mistrust. Where there is trust there is no need for excessive paper work.