How ecosystems are replacing value chains in African food systems

Instead on choosing a few value chains in which to specialize, some agribusinesses in developing countries are being compelled to embrace an ecosystems approach to agriculture.  This is because each commodity has its limits. Many contract farming models are collapsing as value chains evolve into ecosystems where different agricultural commodities either complement or substitute each other, thanks to ICTs and the knowledge economy. The definition of staple food is also becoming increasingly subjective, especially given that some households have more food choices and might consume less of what is traditionally considered their staple food. 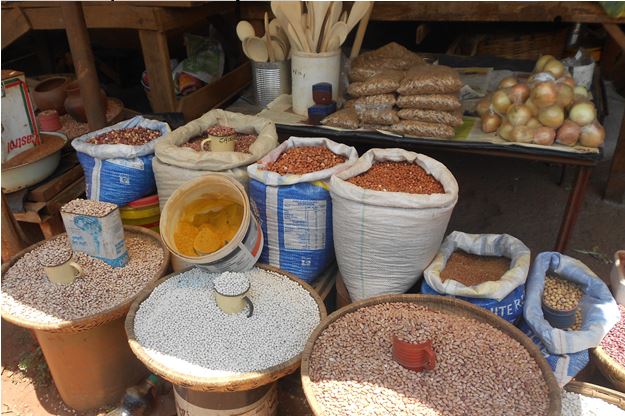 The influence of SMEs

In countries where the Small and Medium Enterprise (SME) sector is expanding at the expense of big corporates, value chains are rapidly giving way to ecosystems. For instance, rather than supplying food to one big company, food traders are forced to follow scattered SMEs whose demand volumes vary a lot. This phenomena is re-defining food supply models and ecosystems. Where a food trader used to supply tons of potatoes or sugar beans to one company, the consignment now has to be split into the needs of more than 20 different consumption zones who also need different other foods at once.

The knowledge economy is also challenging data collection methods like random sampling. Targeted sampling is becoming more ideal because champion farmers and traders have different knowledge needs from new farmers and traders. This means the classification of farmers should not just look at land and other resources but consider knowledge, skills and experience. Tools that are used to reveal poverty and vulnerability levels are different from those that explore commercial innovation and growth.

In addition to meeting the needs of diverse consumers, one of the critical roles of African informal food markets is consolidating commodities and knowledge from different sources and distributing to different demand zones. As commodities are demanded by traders, processors, consumers and other actors, the demand pattern is more of an ecosystem. Value chains are limited to cases where farmers are contracted by a company to supply specific commodities. Still in those situations, the temptation to turn relationships into an ecosystem continues, as exemplified by side-marketing and side-demand for knowledge.

These markets also support knowledge ecosystems between consumers, farmers, traders, transporters, processors and different actors. Very few commodities can currently be distributed directly from farm to factory without passing through other actors like aggregators whose role include grading and sorting volumes before distributing to different users. On the other hand, the cultural-rootedness of food is creating new markets and ecosystems.  The best people to market culturally-rooted food are those who grew up eating such food and know different ways of preparing it. The true commercial value of yams is not in areas where it is produced abundantly but in areas where it is not found.

Food ecosystems are fragmenting value chains such that tomatoes do not just travel straight from farm to factory due to competing uses which sometimes divert supply into different routes before commodities get to the processing stage.  Informal channels and relationships play a part in this distribution process.  That is why picking a few value chains from an ecosystem comprising more than 80 different commodities may not be informative. Most of these commodities either supplement or substitute each other.  A production corridor approach is more ideal because it shows commodities coming from different areas and how they either complement or substitute each other.

It is through careful characterization of consumers that effective commercialization pathways can be cultivated.  Subsistence consumers may not assist in pointing the commercial direction. Policy makers in developing countries have a duty to explore different incentives for farmers in order to avoid despondence and loss of confidence in the market. Many smallholder farmers are not willing to wait for the slow marketing process and random walks associated with different markets. When farmers become impatient, traders end up warehousing food on the market and wait for buyers when ideally such warehouses should be on the farm, so that traders get in touch with farmers in response to demand.

As part of promoting commercialization, farmers who do well should be incentivized the same way farmers who are not doing well end up receiving free inputs. Areas and districts which supply more commodities to the market should also be incentivized in ways that recognize their contribution to the Gross Domestic Product (GDP). However, incentives are difficult to frame when there is no culture of collecting data showing volumes of commodities coming from different production zones. When such data is available, it becomes easy to ensure proceeds from horticultural exports cascade to horticulture farmers so that they see their value of their work.  Such incentives are better offered at community level.

Unfortunately, at the moment most farmers stop where serious commercialization begins. Once farmers receive their meagre once-off payment, commodities move into private hands and government benefits through Value Added Tax, whose benefits do not cascade down directly to farmers. That is why some banana farmers wonder why they are given less income when they hear that their commodities produce various products like yoghurt, fruit juices and many different products. Diverse forms of incentives can address some of these genuine concerns.

Limitations of some conventional incentives

Field days and agricultural shows should desist from incentivizing one farmer without recognizing the entire community which encourages the winning farmer to work hard and provide the necessary competitive environment that allows him/her to win. In most cases, field days are stage-managed and turned into branded commercial events where input companies compete to sell their inputs. These events should focus more on knowledge sharing as opposed to advertising, in misleading ways. When government extension officers who are supposed to be neutral knowledge brokers are branded with t-shirts and hats from a seed company, their objectivity becomes questionable.