How can developing countries valuate their fluid economies?

A major headache for many developing countries is developing criteria for valuating highly fluid and transitory economic activities that are now more prevalent. Employment creation in agricultural markets and informal business ecosystems is now a major domain for women and youth, most of whom are highly mobile. Economic actors in the trading business specialize on fetching commodities from scattered farming areas while others specialize on transportation, loading & off-loading as well as  punneting food into diverse nutrition baskets for different consumers. 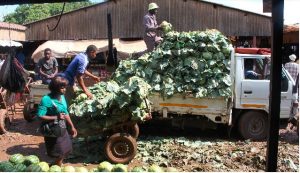 Need for an information tracking system

Valuating a fluid agricultural-driven economy cannot be done without a reliable information tracking system.  Unlike brick and mortar enterprises such as carpentry, construction and metal fabrication, many enterprises are so fluid that different valuation methods are required in order to fully account for their economic contribution and growth patterns. Unfortunately, most developing countries lack a system for tracking statistics covering all agricultural commodities. There is a tendency to capture statistics on a few colonial crops like tobacco, maize, cotton, cocoa, wheat and sugarcane. No statistics are captured for hundreds of diverse food commodities like horticulture on which the majority depend.

At the production level, the collection of statistics on a few commodities focuses on production costs (mainly cost of inputs) and land areas in hectares, then harvests are recorded in tons. The most important hidden costs that are completely ignored at the production level relate to natural resources such as soil and water. Just like machinery, land and water suffer from wear and tear. How do we compensate land for losses in nutrients, soil structure, water holding capacity and other forms of degradation? The same applies with water. Countries and communities are losing through inappropriate use of water.  Yet there is no credible assessment criteria for water versus appropriate equipment. The amount of money people pay to national water authorities for drawing water from dams and other reservoirs does not fully compensate for various ways through which water is misused.

Due to lack of proper valuation mechanisms, most farmers only realize the cost of land degradation when yields of the same crop from the same land start decreasing. These are visible consequences of not taking care of the cost component associated with land degradation. Another serious hidden cost relates to deforestation. Countries that are earning foreign currency through tobacco production and exporting are yet to factor in the cost of deforestation.

Also in need for valuation is household consumption.  There is a tendency to account for what a receipt or pay slip can be produced. Valuing losses at production level does not even adequately focus on physical losses, either through inefficient harvesting methods, pests and diseases which reduce potential yield as well as dry spells, droughts and floods, loss of pastures and many others. In a changing climate, ways of valuing all these losses in monetary terms are critical. Hidden costs could constitute more than 30% and that is too much for struggling economies.

Where some bit of statistics are collected, the most visible statistics are often on field crops. Horticulture is neglected in terms of costs, income, potential income at harvest and other elements. This is where understanding markets at granular level becomes very important.  Farmers and traders can only know of potential income if they know market prices from various markets such as local markets, district markets, provincial markets and institutional markets like restaurants and hotels. Cost benefit analysis can reveal viable return on investment (ROI) pathways.

Markets in developing countries are becoming too broad although small. There are different values for the same commodities due to changes in tastes and preferences. A banana has low value in high production zones like Honde Valley but its value can be ten-fold in Hwange or Victoria Falls where production is low.  A related crisis is lack pricing mechanisms for value addition. For instance, African countries have not been able to assess the value of on-farming processing in monetary terms versus taking commodities for processing in up-markets like cities. Huge volumes of commodities like fruits, maize and oilseed continue to leave productions zones for processing in distant cities.  Ideally, at each value chain node, value addition should be accounted for in monetary terms. That will reveal all benefits and costs including hidden ones.

It should be possible to determine elements for coming up with the accurate cost of transporting potatoes from Nyanga to Harare. Taking into account fuel and distance is not enough. What about hidden costs like opportunity cost for the farmer in terms of time spent bringing commodities to the market and selling when such time could have been used for something more productive.  The same applies to the time spent by traders fetching commodities is scattered farming areas. All these hidden costs should be converted into monetary terms.

Fluidity versus traditional notions of business

Value chain actors like women and youths who have mastered a fluid economy are finding it incompatible to work with generic and old fashioned business plans based on brick and mortar business models. In the new fluid economy, the new cost elements and risk factors are becoming more complex and sophisticated. For instance, although open markets do not have formal insurance systems they continue to thrive for decades. No one insures the movement of tomatoes from Mutoko to Harare and fruits from Chimanimani to Bulawayo but a self-organized ecosystem ensures smooth flow of commodities and income between producers and consumers daily. Verbal contracts based on relationships quietly built over year move more commodities and transactions than formal contracts.

To the extent most conventional business models are not considering hidden costs, they remain superficial and miss a lot of value. For actors in the fluid economy, it is no longer about saving money in the bank but saving it in a commodity ecosystem. The moment a farmer puts money in the bank, s/he incurs avoidable opportunity costs. The notion of open market is not a war between farmers and traders but battles between commodities as they compete for the same consumer budget. In spite of all the hype, mobile money is lagging behind the pace at which business happens in the new economy. While it takes three to five minutes to complete a mobile transaction, it takes seconds for money and goods to exchange hands in the open food market. Most ICT-based platforms have failed to connect food producers with consumers and negotiate fair prices for farmers in ways that replace face to face negotiations between farmers, traders and the open market. These are some of the defining characteristics of a fluid economy.