Why do cities consume more food than rural communities?

While 70 percent of the population in most African countries live in rural areas, the bulk of food produced in rural areas is consumed in cities. There is still no clear explanation why most of the food produced in rural and marginal areas is consumed by a small population that lives in cities compared to that living in rural areas. It may not be surprising to discover that an average African city dweller consumers more than 50 kilograms of meat a year while the rural food producer may consume less than 10 kilograms annually. Some of these challenging inequalities require careful planning and evidence-informed strategies. 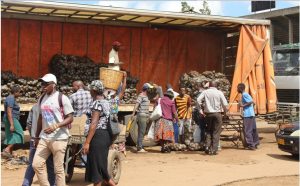 Besides minimizing food insecurity, this will greatly reduce rural to urban migration. By shipping most of the food to cities, African rural areas do not just deprive themselves of jobs and income. Most of the money generated by their commodities end up locked in cities. Development efforts that try to improve food and nutrition insecurity in rural areas through community gardens and other approaches will have created sustainable solutions if they help rural communities to keep the bulk of what they produce.

To the extent, most manufacturing industries are located in cities – close to consumers with buying power – it is difficult for developing countries to promote rural industrialization through value addition and food preservation methods. Among some agricultural policy makers and practitioners, there is an emerging consensus to the effect that most developing countries may not be able to completely eliminate post-harvest losses which are said to be around 40%. The solution could be in changing people’s attitudes toward food.  For instance, even in developed countries with the best methods of processing and preserving food, losses are as high as 20% – mainly comprising food that is not eaten but thrown away.

We are not calling for development agencies to become industrialists or manufacturers but, instead of congesting the production side with disjointed food security projects, they should consider broadening their scope into rural industrialization and improving local food ecosystems. It does not help much if much of the food produced through diverse donor-driven financial inclusion initiatives end up being wasted or sparking the growth of the fitness industry as one of the unintended outcomes. Instead of processing food before it is consumed and creating more value and jobs, gyms and the entire fitness industry are replacing processing industry. This speaks to human failure to use food properly.

Exponential growth of the fitness industry

If cities in developing countries were good at utilizing food, we would not be witnessing the growth of the fitness industry. Every morning it is now common to see urban dweller in African cities like Johannesburg, Accra, Nairobi, Lagos, Kinshasa, Harare and Lusaka, among many others, joking along streets in order to burn excess fat. In addition to imported sedentary lifestyles, some of the reasons for the growth of the fitness industry relate to poor food choices. This is in spite of the availability of diverse nutritious food in developing countries.

While urban waistlines are bulging, such a scenario is not prevalent in rural Africa where malnutrition is common. Africa is said to be fast becoming a huge demand pool for the fitness industry with yearly memberships surpassing $1000 in countries where per capita GDP is just above $500 – https://annetteabena.com/the-changing-face-of-fitness-in-africa/. Sub- Saharan Africa’s most developed nation, South Africa has the highest density of gyms and health clubs on the continent. It is also the plumpest country on the continent with 61% of its people overweight or obese.