What if policies are highly over-rated?

Policy makers in developing countries are often blamed for lacking the vision to craft appropriate agricultural policies that can guarantee food security and better standards of living for their people. While  good policies are considered magic bullets, there is no sufficient proof that countries that have developed their economies have done so through robust policies. In fact, success could be a result of many things of which policies are a small part. For instance, most developed countries have become successful through experimentation, improvisation and a strong thirst for innovation. Policies only responded to people’s ambitious creativity and fierce commitment to succeed. 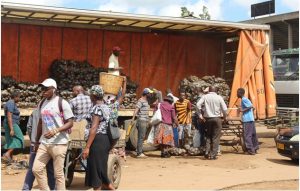 Putting the cart before the horse

Contrary to what developing countries are being made to believe, policies, rules and regulations follow innovation, not the other way round. Unless you innovate and try things, you will not be able to know which policy instruments can propel or hinder socio-economic development. In the absence of other catalysts and secret sauces, good policies do not lead to development. Successful agricultural-driven economies in Africa achieved their status through aggressive innovation not policies which only responded to how entrepreneurs were seizing opportunities presented by natural resources. Gifted and talented people can create new things irrespective of bad or good policies.

Giving yourself permission to make a difference

Instead of waiting for policy guidance, people should give themselves permission to think and innovate.  In African countries, the private sector is at the fore-front of criticizing government for not creating an enabling environment. Instead of upgrading their entrepreneurial skills, captains of industry have become cry-babies, always nudging government to protect them from Chinese investors who are more aggressive.  Some want special treatment like access to foreign currency in order to import raw materials that could easily be produced locally. Their refrain is that if they are not supported, they will retrench employees and cause a social crisis for government.

Why should serious entrepreneurs request government for foreign currency allocation when everybody else including farmers and traders are making do with available resources? Instead of reaching low and play it safe, entrepreneurs and captains of industry should strive to be remarkable.  They should not count on average strengths to produce remarkable results.

If people do not give themselves permission to make a difference, good policies will not go far. Instead of throwing resources on policy making processes, governments should just stop weighing people down with endless policy prescriptions, unless policy makers are keen on half-hearted compliance. Economic actors and development agencies that complain about poor policies seem to expect policy makers to be prophets or seers who can predict what will happen between now and 2030. Yet in reality, there are many factors outside policy makers’ control.

Rules and regulations that set boundaries so that there is no over-exploitation of resources are more important than policy documents that pretend to predict the future. Once boundaries are clear, everything else is permission. Good policies will not make people see opportunities if they do not have the motivation to excel.  It is not due to bad policies that many communities are not exploiting resources like water, good road networks, power and other abundant resources. Rather it is lack of imagination and capacity to innovate.  If you demonstrate a fierce commitment to making a difference, policy makers will not stand in your way.

In a changing climate, it’s a myth that government can craft policies that envision 2030.  Policy makers cannot predict the number of cyclones that will hit communities between now and 2030. For instance, within a week, Southern Africa has experienced cyclone Idai which wasn’t predicted a few weeks before.  This means organic policy making processes that enhance preparedness are more ideal as well as principles-driven policies in which knowledge plays a catalytic role.

Unfortunately, there is a growing cottage industry comprising institutions and people doing all kinds of research on evidence to policy and claiming that evidence is all that is needed for policy to be influenced. This industry is mostly patronized by academics and development practitioners fond of creating and multiplying terminologies that hide meanings from ordinary people. While technocrats are spending days in workshops trying to come up with land and agricultural policies, ordinary communities and farmers are already implementing some of the ideas being discussed in those conferences and workshops.

There shall be no time where everybody will say, “Now we have created a policy that caters for all needs.”  It is better to create the road by walking it. Empowerment is not about policy but infusing a practice of accountability and continuous follow-up.  Given that many policy makers do not have the exposure associated with critical thinking and effective decision-making, handing all policy decisions to them is like trusting a carpenter to fill a cavity in your tooth.