A home-grown economy is all about identity and some identity features start from a country’s name.  During the colonial era Rhodesia had its own meaning and image associated with Cecil John Rhodes. Come independence in 1980, Rhodesia became Zimbabwe, derived from Zimba raMabwe – a house built of stones. Naming a country is often based on enormous amounts of collective consensus and unpacking the name has more to do with a shared culture and tradition which is the backbone of home-grown solutions. A well-packaged culture is the foundation of every home-grown economy. Building a home-grown economy starts with answering questions like who are we? What is our culture?  What are our values? What human and natural resources do we have? 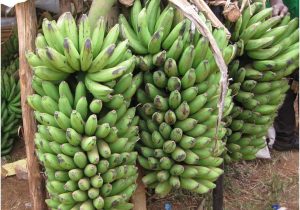 Culture and tradition is part of natural resources

Most African countries continue to be envied for their natural resources by the rest of the world. However, building a home-grown economy should start with re-classifying existing resources in ways that reflect strong relationships between culture, tradition and natural resources. For instance, Zimbabwe’s policy makers are still using the colonial characterization of natural farming regions one to five according to amounts of annual rainfall received. Characterizing an economy on rainfall patterns  without considering elements like culture including languages of the local people who have traditionally used local resources, land and minerals, underestimates important characteristics of an economy.

Socio-economic development patterns cannot be determined by rainfall patterns only. That is why all African countries should revisit colonial classifications of their economic drivers and production zones. Mineral dykes should be re-classified in order to clearly define opportunities for local communities. In a changing climate, it no longer makes sense to define farming areas according to annual rainfall amounts. Instead, watersheds and large river basins should be defined as green belts requiring specific resources.   The same apples with forests which should have their own classification and definition from a socio-economic perspective. Cultures and languages should be accordingly classified as part of natural resources so that it becomes clear where Shona, KiSwahili, isiNdebele, Nyanja and all diverse African languages which mediate knowledge used to exploit natural resources begins and ends. Currently, with the dominance of English through imported education systems, it is difficult to tell where local languages begin, end and overlap.

Carefully repackaging natural resources with existing culture and tradition can empower communities to own and control investment opportunities. For instance, each community can ask itself questions like – since we have identified all our natural resources, what opportunities can we open to the outside world? In relation to culture, what investment opportunities can we identified around art, dance, music and others? Each community has its culture which can be converted into knowledge – driven content like films and food.

Although African countries have school of mines, they do not have capacity to add value to their minerals due to lack of appropriate technology. Consequently, mining remains an extractive industry that cannot adequately contribute to building home-grown economies. Good mining policies are useless if a country does not have appropriate knowledge. Anyone who brings equipment ends up being the mine owner. Capacity to produce mining equipment is still lacking and that is why African countries are competing for extractive investors.

African countries are not benefitting from their resources because they have not invested in assessing and valuing their resources. A home-grown economy needs a whole university focusing on valuating resources, generating budgets and business plans for communities in economic zones.  Currently African countries are just giving out mining concessions to foreign companies who are doing all the explorations and God knows how much information these companies are hiding from African governments, especially relating to the value of local minerals.  Each community should have local invest analysts whose main roles include valuating resources like minerals, forests, soils, wildlife and water bodies. Where perennial rivers exist, valuation can adequately inform setting up of green belts to ensure food security. Valuation will reveal the folly of governments and development organizations trying to drive an economy using irrigation schemes, most of which were set up to supplement rain-fed production not commercial purposes.

Agricultural policies should be developed from the bottom

The current practice of setting and deploying agricultural policies from the top is slowing down the growth of home-grown economies. Policies should be informed by valuation of the agriculture sector covering water, land and production capacity. Such details should inform required budget unlike budgeting annually from the top and ending up dedicating more than half of the budget to a few agricultural commodities. A bottom up approach to agricultural policy development will see communities participating in valuating resources. After all they know what they need for agricultural support, gaps and where support is lacking. Communities can then be assisted by specialists to do the costing and budgeting.  Currently most African countries do agricultural budgeting annually. It is difficult to promote agriculture and grow an economy that way.

Community-based plans should inform the national agricultural strategic plans. There should be a 5 – 10 year investment plan backed by community priorities and targets. For instance, communities in Chimanimani, Machakos and other areas should participate in budgeting their local agricultural activities. They know what they have and the nature of support they need. Building home-grown economies is also about moving away from the Mudhumeni type of extension which has a strong colonial background (teacher-student relationship between extension officers and farmers). There should be a team of experts working with communities based on available resources. For instance, fruit specialists should be concentrated in Honde Valley (for exotic fruits) and Dande (for Masawu). Livestock areas like Gwanda should have a concentration of appropriate skills.  These experts should work with communities in developing short, medium and long-term plans (2 – 10 years).  This approach speaks to sustainability and devolution. You can’t talk about devolution without experts at the grassroots taking care of issues daily.

African academic institutions should work very closely with the agriculture sector. Currently universities are pursuing academic excellence with no links to the economy.  Each university should have an outreach budget that can be used to decolonize the notion of student attachment from a focus on urban industries.  There should be a budget for students to go out and work with smallholder agricultural communities, irrigation schemes, catchments and villages.  That is an important way of inculcating passion for local resources, practices and knowledge. The ministry of agriculture should be part of assessing graduates to prove that the student has impacted the local community in which s/he was attached.

Citizen participation in the development and implementation of government policies

Home-grown economies can only be sustained through promoting genuine participation of citizens in policy development, formulation and implementation. Unfortunately, in most African countries policies are crafted from the top and in cities.  For instance, Zimbabwe’s Transitional Stabilization Programme (TSP) is barely understood by the majority and remains just a buzzword. Each community should identify local socio-economic intermediaries whose roles include extracting local knowledge, solving conflicts and explaining opportunities. Ideally such roles should be fulfilled by traditional leaders like chiefs.

Unfortunately most African chiefs become chiefs through traditional structures and not by merit. This would not be a big problem if there were leadership colleges for chiefs where they would acquire or sharpen important skills like articulating investment opportunities in their areas. Most chiefs have either dropped out of school or have been shunned by the formal education system. Ironically, they find themselves conducting complicated traditional leadership roles that are very important for local economic development. As custodians of natural resources, traditional leaders should have an appreciation of investment analysis in order to accurately value and protect resources for their communities. They cannot just preside over petty cases. Local leaders should go for formative training of leaders just as chief executives go for retreats where they hone each other’s skills as practitioners dealing with complex issues that require emotional awareness and intelligence. Grooming traditional leadership structures to be able to value their own communities and resources is an integral part of building a home-grown economy.

The unfortunate role of partisan politics and imported governance systems

The majority of African countries have imported partisan politics and have failed to separate the ruling party from government which are functioning like one entity. By nature it is difficult to control favoritism. Much of the resources end up following the political route as opposed to the government route from the head offices to the village. The minister belongs to a political party and resources go to the District Administrator who is a member of the same political party and is expected to hand over commodities to a chief who is also expected to belong to the same party for sharing to villagers who are members of his same party.

For a home-grown economy to flourish there should be mechanisms to neutralize politicians and their political parties in communities. Socio-economic development should be separated from politics. In communities with abundant natural resources, investors do not know who to talk to between the District Administrator, Chief Executive Officer of the Rural District Council, Council Chairperson or local Member of Parliament (MP). Too many administrative structures are complicating entry points for investors.  Ultimately, there is an imposition from the top where, for instance, investors get licences to mine in local communities like Chiadzwa from Harare without consulting traditional leaders who just see things happening.

Due to the dominance of imported political structures, rural African communities now think politicians are problem solvers. This is because the politicians are using persuasive information during elections to generate false promises.  This puts communities in a comfort zone – “Our MP has promised us a dam and development so let us relax.”  As part of building home-grown African economies, politicians should not be allowed to use empty promises in ways that destroy our communities.  The fact that resources from the tax system come through the MP results in the MP receiving undue credit.  Communities are not aware of the fact that tax payers money coming to them through the MP to build their communities is not coming from the MP.

There are more negatives than positives in having political structures at grassroots. Such structures disintegrate communities socially and economically.  Once communities are disintegrated there is no cohesive planning and implementation of community initiatives.  An example is food for work where the MP often selects workers according to partisan lines. People with appropriate skills, for instance, in road rehabilitation will be excluded if they belong to a different political party.  More importantly, political differences hamper sharing of knowledge and skills to the community’s disadvantage.  Even at national level, opposition parties do not share their ideas with everyone on the pretext that the ruling party will take the credit from such ideas.