The survival of African informal markets is hinged on fluid succession pathways based on indigenous knowledge systems. Old people who inherited trading stalls from their parents smoothly move out of the market after training their children or relatives to take over. Those taking over will have taken years under-studying those retiring and ultimately the old guard moves to the background, leaving young people to run the market. There are clear pathways for young people to take over. The young start as assistant sales person, become a loader (wenhova), then they get their own push carts which they use as mobile market stalls. After some years, the young graduate into full traders who can go out to buy commodities from farming areas or sponsor farmers to produce specific commodities for them. The entire process is a grooming and knowledge-imparting journey, translating to practical wisdom. 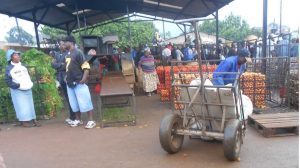 The curse of structural unemployment

On the other hand, if you read the jobs section of most newspapers in both developed and developing countries, you can see the extent to which the formal world is in a succession crisis. When job descriptions mention the need for someone with a masters degree or PhD plus more than 10 years’ experience, you can automatically see that these are not opportunities for people below 45 years. Unfortunately, this is contributing to structural unemployment among youths.

Absence of clear succession pathways is an enduring challenge for communities, development organizations, governments and private companies in both the global North and South.  One thing holding African governments back is that old people in leadership have become too tired and devoid of ideas. You cannot talk about performance-based achievements for people whose performance has reached its ceiling. When someone is a board chairperson of a company, the next thing is to retire. You cannot expect a 70 year old board chairperson to plan for the company’s future unless young people are broad on board. A 70 year old cannot see or imagine what the company or country will look like in the next 10 to 20 years.

Recognition for laying the foundation

There is no doubt that in African the old guard has laid a strong foundation for innovation in the form of availing land to the majority, in the case of Zimbabwe. Without a strong foundation every innovation remains a prototype which will not be able to go anywhere or answer specific needs. In addition to wisdom from the old guard, there is definite need for creating spaces where young people can innovate with water, soil and natural resources that are part of the foundation. African academic institutions have not been able to innovate meaningfully because, besides lacking space, they depend too much on imported knowledge which they are failing to contextualize for home-grown economies.

The power of succession planning

Developing countries need succession in terms of knowledge and innovations. Youth empowerment should not just be a buzzword. Succession planning should be taken seriously beyond personalities but also into institutions. There should be pathways through which old knowledge such as proven scientific excellence support young people to venture into the unknown and explore new knowledge-driven opportunities. Young innovators should only come back to elders for wisdom of the past.

When pathways of converting institutional memory into investment opportunities are missing, countries and organizations create structural unemployment against young people who should be taking over the running of institutions into the future. Where the heck does a young innovative person fresh from college get a PhD and 10 years’ experience? Development organizations are notorious for putting such advertisements which they use to ring-fence positions in favor of old people who have been moving from one organization to the other at the expense of fresh energy and blood.

Succession is also about setting up knowledge hubs in communities where future generations can get information and guidance in cases where the old generation is no longer available. When farmers do not have a succession plan that ensures consistent supply of surplus commodities, markets end up crossing the border looking for food which should be produced locally. Consumers need food irrespective of its source, so succession planning at production level is a fundamental national issue.

Succession planning is also missing in the formal industrial sector across Africa. For instance, Zimbabwe has a few bakeries with no clear succession pathways in terms of what happens if they run out of ideas to respond to changing consumer tastes. It is the same case in the industrial cooking oil processing sector where a few old processing plants are now struggling to meet the needs of the increasing population. Succession is also about replacing old machinery. This is affecting fertilizer manufacturing, still stuck in antiquated equipment and brains. A critical question developing countries should be asking themselves is: How do we grow succession pathways for local economies and industries starting from SMEs?