African countries have not invested in understanding areas of convergence or overlap between Western knowledge and indigenous knowledge systems (IKS). In addition to continuous dependence on imported knowledge, most African countries suffer from a serious inferiority complex against their knowledge resources.  For instance, they continue to lament about lack of foreign currency, equipment and efficient transport systems as if that is the entire definition of an economy. 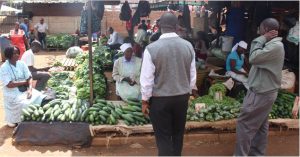 Ideally, African countries should take time to reflect and compare what they have in abundance with what they lack. They will be surprised to discover that have abundant resources like land, water, sunshine, forests and, more importantly, labor which is lacking in most developed economies. By embracing  imported knowledge, these countries have not developed their rural areas and economies to be able to anchor and utilize talent. Consequently, the best brains are always attracted from rural areas to cities. Highly educated and entrepreneurial Africans fail to fit into rural economies where the only knowledge-intensive pursuits are teaching, nursing and agro-dealership.

There is need to unpack principles of trading between African and Western knowledge.  For instance, how can African countries translate agricultural commodities from physical states to monetary states? How are these countries trading western knowledge with IKS in African cities?  A lot of fluid knowledge is being traded in cities especially interface between African and Western knowledge. It is critical to gather all this resource into a comparative advantage and sell it to the West. The starting point is knowing existing knowledge and its contribution to socio-economic development.

Interface between Western knowledge and IKS

Agriculture is a good example of a sector where Western knowledge and IKS have merged creatively. As agricultural commodities move along value chains there is a notable translation of IKS around value. Farmers produce using local knowledge and local resources but get some bit of western knowledge in the form of chemicals and fertilizer. However they only apply western knowledge where they really think it add value. Most farmers are now selective in using fertilizer especially in cases where manure is not available. They know their soils and micro climate and where their IKS informs them about the likelihood of minimum rainfall, they do not just apply fertilizer.

Farmers also have an intimate connection with local environmental features which inform them without writing anything down. Their entire planning is based on IKS especially in relation to weather. Once commodities are produced that is where they fuse IKS with western knowledge.  For instance, most African countries have not developed appropriate technology for processing or adding value to commodities. This is where knowledge gaps exist.

Western knowledge is not mainly for the benefit of African countries

Western knowledge is mainly designed to exploit opportunities and its main priority is not to feed Africa but preserve African products and make them meet standards of western consumers and markets.  Imported technology is brought in to increase the shelf life of African food systems for western markets.

One of the contributing factors is that African countries are failing to exploit their comparative advantages in the area of valuing food systems so that they can export IKS as a full package. If they had developed good technologies for drying vegetables and processing small grains as well as indigenous fruits, Africans would be very far.

A starting point can be communities valuating their natural resources as part of people’s daily lives and ecosystems. If Honde Valley communities say after producing bananas and other fruits for years they now want to venture into value addition and processing, we should design curricular to answer these needs. The same applies if communities in Dande who survive on masawu want to start producing value-added products, university curricular should focus on those needs.

Besides universities, the industry can also be involved in identifying needs at SMEs like Siyaso – what is the next level of knowledge do you want in terms of technology, finance and equipment?  This should be followed by appropriate financial packages.  We can avoid cases where students just study Banking and Finance. The curricular should be informed by the financial needs of SMEs and the new economy.  Some areas like accountancy and auditing have become redundant for the new economy such as accounting and auditing packages need a complete overhaul. How can we design accounting and auditing principles that apply the burgeoning SMEs sector? After graduating, students should go back and work with communities as knowledge leaders able to lead in imparting packaged knowledge embedded with IKS and imported knowledge.