The merits of a sectoral approach to developing African economies

Challenges facing each African economy are so many and so diverse that trying to address them all at once is like chasing too many hares and at the end failing to catch one. That is why taking a sectoral approach makes sense. For instance, there is no longer any doubt that agriculture is at the centre of most African economies except a few countries where mining and tourism competes with agriculture in terms of contribution to the Gross Domestic Product (GDP). For various reasons, agriculture tends to have a multiplier effect on other economic sectors 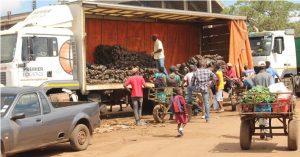 What is the entry point?

Absence of clear entry points in reviving agricultural sectors is a major challenge for many countries.  It is like trying to lift a large pole that has fallen. Do you start from the middle or the other end? This is worsened by the fact that policy makers are not deeply reflecting about their economies in order to draw lessons from the recent past. To that end, they find it difficult to balance the previous phase with the current phase. In Zimbabwe, for instance, the 1990s were characterized by high agricultural production from a few commercial farmers with millions of smallholder farmers being economic spectators.  Food security and export incomes were high but this was not enough to address economic and social injustices in which only a few people owned the means of production as well as markets.

The above scenario justified the land reform as a way of balancing economic and social justice. Land reform produced a lot of farmer categories like communal, A1, A2 and many others. After addressing economic injustices by redistributing land, an enduring question has remained: how can we use agriculture to trigger sustainable economic growth? What can we do to harvest the fruits of land reform?  Redistributing land should not be the end of the story. It is not about endless land audits and redistribution exercises. There is already too much land lying idle without evening talking about land to be repossessed from those under-utilizing it.

It could even be better to leave some of the land fallow for future generations so that they decide how to use it at the appropriate time?  Future policy makers may decide to turn some of the land into plantations of indigenous fruits like masawu, matohwe, mazumwi and others, depending on new tastes and preferences.  Besides contributing to ecological imbalances, industrial agriculture is regrettably nudging policy makers to be in a continuous land acquisition and redistribution mode.  Yet the main focus should be about utilizing available land including water and other related resources. What kind of support is being given to farmers that are already doing well? Answering this question leads to solutions.

Compared to other sectors like mining, agriculture has several advantages. Where in mining, individual actors are called panners or Makorokoza and thus criminalized, in agriculture smallholder farmers are part of value chains. Agriculture has multiple pathways through which ordinary people can become economic actors. You can start growing and selling commodities from your home. You don’t need a certificate of incorporation to begin selling your agricultural commodities as opposed to the gold sector where you only have to sell the minerals to registered buyers. Individuals who decide to participate in wildlife tourism without proper registration can easily be labelled poachers.

More importantly, agriculture has less barriers to citizen participation – that is where employment creation opportunities are abundant. African countries also have more control over agricultural commodities compared to processes through which minerals are priced, demanded and sold. The flexibility in the use of agricultural resources allows Africans to rotate crops and swiftly change land uses yet minerals are not that flexible.  When you are looking for diamonds you cannot begin expecting to see gold in the same mining claim. The flexibility associated with agricultural production has enormous potential to trigger economic revival and growth.

Start from what is alive and kicking

Each agro-based African country should start by fully assessing its economy and strengthening what is working.  For instance, in Malawi, Zambia and Zimbabwe, informal agriculture markets and smallholder farmers represent what is alive and can be revived at lower costs. These actors continue using available resources to produce food with no need for foreign currency. On the other hand, big processing companies are operating at below their capacity due to dependence on antiquated machinery and inadequate raw materials. In the same vein, production by large scale farmers that depend on irrigation is being hampered by persistent load shedding.

Another vibrant sphere is small scale value addition, for example peanut butter processing, mahewu industry, small scale oil expressing and juice making, among others.  These are producing diverse local food products anchored on dynamic demand. Conversely policy makers are listening to some urban middle class consumers who are complaining about the shortage of soft drinks that need foreign currency when ordinary people have moved on and are producing local beverages, cooking oil and other products that apparently have a growing market and do not need foreign currency.

There is no reason why policy makers and financial institutions continue shying away from supporting the evolution of a big mahewu industry as opposed to supporting imported beverages that are losing market share to local beverages.  What is also alive and gaining traction is indigenous poultry which is quietly becoming an entire industry with powerful value chains. On the other hand, policy makers and development agencies are still obsessed with exotic poultry breeds. Building a strong indigenous poultry industry will it taking over from the broiler industry that is exerting pressure on maize and other resources required to manufacture broiler feed, some of which have a foreign currency component.

Not to be outdone is a resilient home-grown industry producing different categories of appropriate agricultural equipment in areas like Siyaso and other local industries that are fabricating metal and steel to produce what is needed and affordable – scotch-carts, wheel barrows, peanut butter processing machines, hammer mills and many others required by the new agriculture landscape and actors.

While one assumes what is alive and kicking should be prioritized in national budgetary allocations, that is not the case. From national agricultural budgets, it is not clear how much goes to agriculture markets.  If we are to move activities and actors from where they are to the next level, there is need for a focused vision that answers questions like: when we upgrade existing agricultural markets, which levels are we going to?  It can’t be shopping malls and supermarkets that are smaller economic actors compared to informal markets. From a value chain perspective, what is the destination for promoting small grains? It should aim beyond consumption.

As currently conceived, Zimbabwe’s command agriculture needs a clear vision beyond satisfying consumption needs.  For instance, the national maize consumption is said to be 1.8 million per annum.  But that estimation does not take into account several maize by-products like the burgeoning maputi industry or the green mealies industry.  If the maputi industry is taking 25% of the maize and green mealies 15% of the 1.8 million metric tons, it means only 55% of the 1.8 million metric tons is available for mealie meal.  This is where a maize-based planning is always found wanting because it focuses on sadza yet there are many other things happening.

Likewise, what formulae is used to determine national quantities of wheat consumed annually? To what extent do all African households need bread as part of their daily meals?  Everyone wants bread but not everyone can afford it.  Policy makers are not considering effective demand and willingness as well as ability. They just assume because everyone needs bread, more wheat should be produced or imported.  What id households have substituted bread with rice and other commodities of which a pot can feed a family of six satisfactorily more than a loaf of bread. Besides, bread needs other expensive additives like margarine, eggs and others while rice can be consumed simply with tomato soup.

Who benefits from soya bean command?  As long as there are few players in the oil processing industry, African policy makers need to be careful about continuing to spoon-feed monopolies.  It is better to promote small scale oil processing in farming areas and growth points. Besides broadening the competitive environment, this also encourages rural industrialization. There is a danger of pouring resources into reviving large scale processing companies that have reached their ceiling. Injecting resources into former big processing companies when production is low will tempt the companies to misuse the funds. When industries ask for foreign currency in order to continue functioning that is not a solution. The Grain Millers Association should not be given foreign currency to go around the globe importing grains when such resources are badly needed at production level.

The same effort directed at mechanization at production level should be extended along value chains.  What mechanization is happening and can be supported at the processing level? What are the requirements?  What is working? What products are being processed in the informal economy?  That is an indication of demand.  Indigenous fruits are available in abundance where they grow naturally.  How can we commercialize them to grow our economy? These are God-given answers to our challenges yet we are ignoring them, preferring formal food systems that provide inadequate solutions.

Zimbabwe’s ZIMTRADE is globe-trotting looking for export markets but it is not supporting clear pathways for turning smallholder farmers into exporters. The destination for the majority of smallholder farmers remains Mbare and other informal markets that are now congested. Does ZIMTRADE expect farmers to move commodities directly from Mbare to Angola, Namibia, India, Turkey and other external markets? At their level, informal markets are already facilitating cross-border regional trade where commodities move from Zimbabwe to Zambia, Malawi to Zimbabwe and Mozambique to Malawi and Zambia, among many other neighboring countries.

Institutions like ZIMTRADE should closely study these patterns and pathways and use them to develop fully-fledged regional trading processes unlike conducting studies about what is needed in different countries when such information can easily be provided by those countries through their embassies. In fact, the same information is supplied to all competing African countries and may not be a source of competitive advantage on its own. Strengthening the domestic trade footprint is more important than spending resources gathering information about what is needed in which country when such information becomes stale before any action is taken at the ground. It is through a robust sector by sector approach that sustainable pathways for reviving African economies can be achieved, including streamlining roles.