How do we build pathways for reinvesting back to the original source?

Once raw materials leave Africa for other parts of the world, there is no clear pathway fir re-investing back. The structure of the global economy is such that Africans who migrate to the diaspora will not be able to re-invest back home as much as they would want. Likewise those who leave rural areas for the city also struggle to re-invest back in their home areas.  The formerly educated have become satisfied in investing in the city than in rural business centres and growth points close to where they grew up. It is not clear whether capitalism is to blame for this dilemma or not. 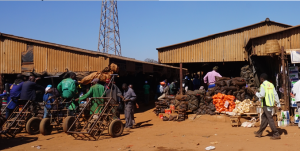 Instead of tailoring easy of doing business incentives in favor of Foreign Direct Investment (FDI), African policy makers need to come up with incentives for Local Direct Investment (LDI). This will spark local people’s appetite to re-invest where they were born and bred. Government parastatals responsible for collecting levies from agricultural commodities and minerals should lead by example through re-investing more in areas that produce the highest earning agricultural commodities and minerals. That way Gokwe and Muzarabani districts of Zimbabwe would fully enjoy the benefits of cotton production while farmers in Gwanda and Insiza districts would be enjoying the benefits of cattle production.

A major challenge is that once money gets into government coffers, there are no pathways for the money to trickle back to the original sources of raw materials. Such pathways must be enshrined in the constitution to avoid cases where people who were moved from Chiadzwa ended up deserting nice houses that were built for them in new areas to which they were relocated to give way for diamond mining. The people said nice houses are not a worthy investment without sources of income. Why should community share ownership deals give only 10% shares to the community which owns the resources?

Need for national constitutions with a conscience

African countries like Zimbabwe have not done much to decolonize national constitutions to support investments in rebuilding people’s livelihoods and local ecosystems. Zimbabwe’s national constitution still have colonial biases that compromise ordinary people’s home-grown solutions.  Some people are clutching on fundamental resources like land by hiding behind the constitution which priorities private property rights. The local elite are also using the constitution to defend themselves in courts, especially those in business deals related to agriculture, energy and mining. Meanwhile the only time an ordinary poor person hears about the constitution is when s/he commits a crime and is hauled before the courts.

Instead of holding onto imported notions like property rights as if communities and individuals do not have rights to land and resources, governments should use national constitution to guide the development of the economy as opposed to being a barrier. Many African constitutions are not relevant for smallholder farmers. For instance, in Zimbabwe the national constitution says nothing meaningful about protecting natural resources like land from privatization. It is also completely silent about protecting farmers from exploitation by mobile money agents.  As if that is not enough, constitution does not protect farmers from delayed payment by the Grain Marketing Board or processing companies yet that is about people’s lives.

Toward a constitution that speaks to local economic actors

A people-friendly constitution should protect ordinary people from dubious prophets, loan sharks, contracting companies, predatory banks and Micro Finance Institutions. The national constitution should also be simple to understand for ordinary people who cannot afford a lawyer to interpret it for them.  More importantly, the constitution should speak to the development of the local economy by supporting reinvestment to the source. It should not just be for legal experts and the elite but for everyone including farmers, informal traders and SMEs who are now driving most African economies.

If seed sold to farmers fails to perform there should be a constitutional provision for farmers to sue seed companies or be reimbursed. Unfortunately farmers are often blamed for not using the seed properly when the problem is with the seed. Ordinary people and their knowledge are also not protected by the constitution. A constitution that does not empower farmers and the majority is not useful. That is why farmers and ordinary people do not bother reading constitutional documents or buy newspapers. In fact they would rather use newspapers for smoking tobacco because the content is not relevant to them. Instead of protecting the majority and fostering investments into local communities, African constitutions are used by politicians and high profile people to settle their personal scores.